On April 10th (Nissan 5th) I attended a meeting between a group of prominent progressive American bloggers and their Israeli counterparts, sponsored by the Tel-Aviv University Communications department and the National Jewish Democratic Council. Here are three thoughts and a postscript which occurred to me following the meeting:

a) We are Lagging Behind

In the summer of 1997 I was in the midst of hectic preparations – I had been admitted to the Graduate Group in Ancient History and Mediterranean Archaeology in UC Berkeley, and had to pack up my life here in Israel and move it 10 hours west. During the exchange with my future student affairs officer, I first became aware of a technological gap separating Israel from the US: my SAO was quite surprised to learn that I wasn't using email; I knew what email was only in theory. The same is true for the difference between the US and the Israeli political blogospheres. We are lagging behind.

By how much? Let these following facts demonstrate: US progressive blogs have some 150 million hits per month – that is an audience of some 10-15 million readers. To match this (after scaling down to fit our much smaller population) leftist blogs in Israel should reach 3.5 million hits per month. You have to belong to our particularly small group here to appreciate how much we still have to go.

More stats: a past organizer of the grassroots organization Move On: Democracy in Action claimed that the organization has a mailing list which comprises 3.4 email addresses. I know of no true leftist organization here which boasts a comparable mailing list of 80,000 (the required parallel, scaled down for population size). Finally, the fact I found most interesting: at this point in their campaigns, both Obama and Clinton obtain about 80% of their financing through the web!  Thus far, Israeli politicians, certainly the leading ones, hardly realize that the web exists.

We are a long way behind indeed.

b) There Is Hope Yet

The last stat I brought requires some further thought, especially the words at this point in their campaigns. The long, hard-fought contest between Clinton and Obama has eaten up most of the possible financing available from more "traditional" sources. This is why both candidates rely so heavily on the web. Clearly, once a decision is finally reached, the winning candidate will enjoy a renewed pool of resources, and fund raising on the web will resume a much more modest proportion.

Nevertheless, the crucial role of the web as a political tool stands out. The heart of the matter is, that the importance of the web increases the further one goes down the line, when all traditional resources have been used up, and victory is still one step away. Furthermore, unlike more traditional political tools, the web offers an almost unlimited scope for innovation and creativity. One clear example is the effective use made by the Obama campaign of social networks such as Facebook and MySpace. Just think that during the previous presidential elections these tools had hardly existed; now they are an integral part of the political arsenal.

My personal conclusion from all this is that we should keep trying to find new uses for the web as a political tool. First and foremost, we should find new ways in which to organize and concentrates our efforts in the struggles ahead. Obviously, a great deal of these efforts will lead to a dead end. Even so, the development of one effective tool justifies nine, nay ninety-nine, failed attempts. 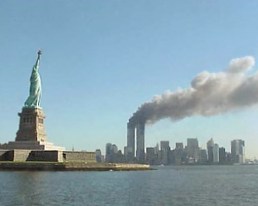 In the history of the US political blogosphere a special place is reserved for 9/11. The attack on the WTC gave rise, among other things, to a wave of political blogging. At first, political blogging was dominated by militant voices, identified mostly with the republican party. This first bout was even out, then surpassed by political blogging on the left. Today, so one of the participants (who asked to remain anonymous), Democratic bloggers outnumber Republican ones by a ration of 3:1.

When that same participant was asked what advice he could ofer us, Israeli left-leaning bloggers, he replied thus: Every successful blogging scene has its "magic moment", when it ceases to be a local phenomenon and becomes an influential agent helping to shape society. What we have to do is keep on writing, patiently and committedly, until our moment arrives. I hope and pray that our moment is not nearly as violent as its American counterpart.

My personal conclusion from the meeting is that the most urgent chore at hand is getting ready. Even today, there are thousands of men and women, who dedicate time, money and energy to further various social causes. As things stand, it is nigh impossible to organize them for united action. Each of them is positively sure that his or her own hobby horse is the one cause worth fighting for, and probably has neither the time nor the energy to take up another.

Yet when the moment comes, people will rise up to the occasion. Until it does, we must spend our time developing better tools, building up coalitions, sharpening our arguments. We must organize.

P.S.- One other thing I learned in the meeting was that there are hardly any Israeli political bloggers writing in English. Deo volente I may be able to help fill in the gap.